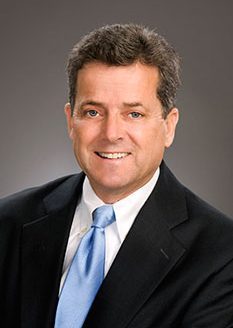 Professionally well-rounded might be one way to describe Eddie Hughs. Self-made is another. The second child in a family of five children, Hughs started earning his way at 15 and, before landing in development, held a range of jobs spanning from hospital orderly to floral shop owner to state park ranger.

“Growing up, I didn’t look beyond what I could see in front of me. I didn’t know what I wanted to do—I just sort of evolved as I went,” Hughs says.

Hughs never completed an undergraduate degree. Instead he was lured away from the University of Georgia by a job as a park ranger, a position in which he gained a wealth of construction knowledge which he uses even today. Then, after a brief foray into the floral industry, Hughs heard The Norton Agency was looking to start a development services department.

“It was 1985, the department was brand new and, for some reason, they hired me,” Hughs says. He spent almost six years working for Frank Norton, Sr., after which Hughs left to start his own general contracting business.

“Leaving was not easy for me. My father died while I was still young, and Frank Norton, Sr. filled the void of an influential male figure in my life,” Hughs says. “He gave me the opportunity to fail so I could learn and taught me how to be tenacious and not take ‘no’ for an answer.”

“We had a phenomenal run, and then around 2008, things slammed shut,” he says. “Rather than sit around, I met with experienced business people and asked them ‘what would you do if what you’d been doing for 22 years went away’?”

One of the people he met with was Frank Norton, Jr., the son of his former boss. Then, about a year later, Hughs saw Frank Norton, Jr. again, and soon he had a job offer—Senior Vice President of Development Services for The Norton Agency. “It was a case of being in the right place at the right time—a tenured employee was retiring and I was able to return to a thriving company doing something I love,” Hughs says.

Today, Hughs’ days are filled with working with The Norton Agency’s holdings, particularly the medical practices. “I enjoy development because there’s always a fresh canvas. It would be hard to get out of the bed if every day was the same,” he says.

Hughs’ affable nature helps him create friends from clients, but his ability to empathize and communicate with every level of trade also aids him in successfully completing projects. “I understand the guys digging the ditches because I’ve been there,” he says.

In his down time, Hughs admits to an avid passion for American history, especially of the Civil War and Western expansion eras. An experienced horseman, Hughs also enjoys a good jaunt on his Tennessee Walker. “The perfect day for me would be to pack a lunch, head to the national forest, and ride the trails all day,” he says.

And though he notes, as many would, his marriage and the birth of his children as cherished days, Hughs says the happiest day of his life was the day he became a Christian. “That was the day I realized that someone much greater than me was guiding my life, and my faith has been a huge part of my life ever since,” he says.